London is blessed with a large selection of excellent museums and galleries. The majority of these are free. The Imperial War Museum in Lambeth is a good example of this. It is one of five Imperial War Museum locations in the UK, three of which are in London. Set up in the 1920s to commemorate the effort and sacrifice of Britain in First World War, it is now dedicated to the understanding of modern war, and confines itself to those conflicts in which Britain or the Commonwealth had some involvement.
The building is impressive, surrounded by the green lawns of Geraldine Mary Harmsworth Park, it is about a five minute walk from Lambeth North tube station. It has ionic columns at its entrance and an impressive dome. It also has its own interesting history, in the 19th Century it was the notorious Bethlem Royal Hospital, the psychiatric facility that allowed visitors to watch the inmates as public entertainment. It is this building that became the origin of the word bedlam. 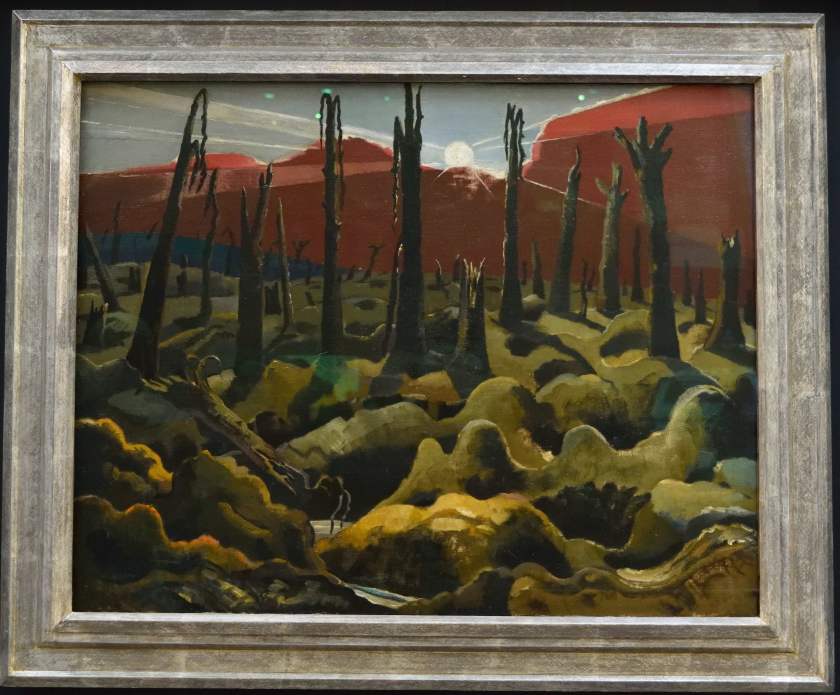 The museum is arranged over five floors. The top floor is the Lord Ashcroft gallery which has a large collection of medals awarded for bravery and the stories of many people who have been presented with them. It is an interesting investigation into the definition of courage and what inspires heroic acts. 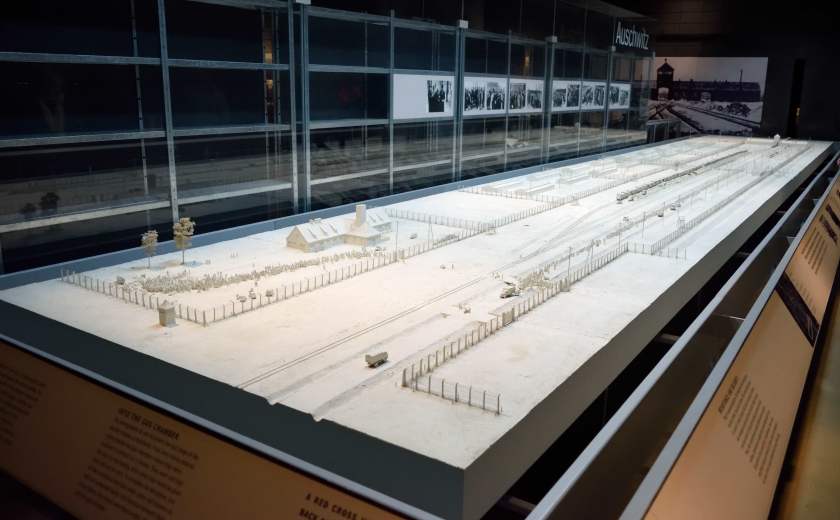 The fourth floor is dedicated to the holocaust and the rise of Nazism in the mid twentieth century. This contains a surprisingly in depth analysis of the political climate that led to the spreading of the ideology and a comprehensive presentation of its results. There is a scale model of the Auschwitz-Birkenau concentration camp, which really gives perspective to the magnitude of the crimes. This floor needs to be approached with care, the display is moving and distressing. 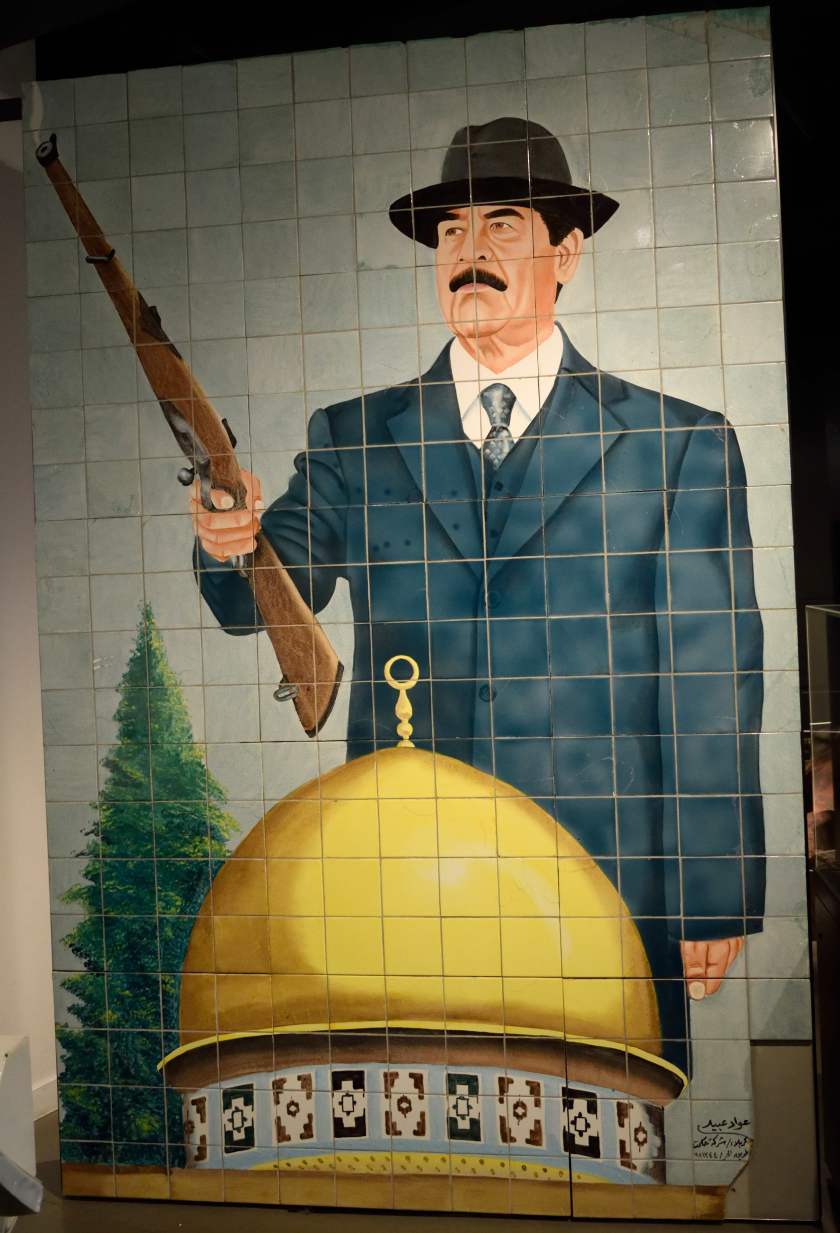 The Third floor has an exhibit called Curiosities of War, which is a collection of unusual war related items. This is quirky and  comparatively light. The second floor is split between conflicts after WWII and a display about espionage. The recent conflicts exhibition is thought provoking, it brings current events sharply into focus. The spy section seems lightweight, I guess it is tough to say much about state secrets without giving those secrets away. This floor also holds a real size model of an atomic bomb, it is shocking how small it is. 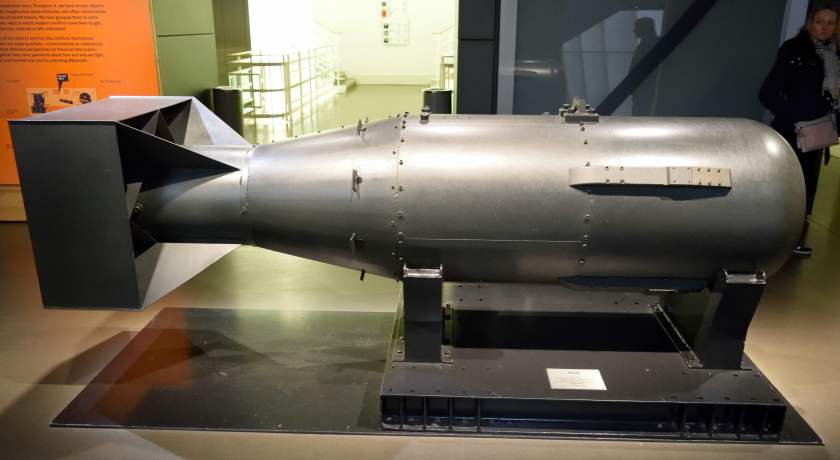 The two lowest floors hold the largest items, tanks, ambulances, rockets, large guns and planes….the remains of a vehicle that was once a car bomb. The descriptions of the items and the uses to which they were put is almost more interesting than viewing the items themselves.
The Hall of Remembrance, is a gallery that was proposed to be built containing artwork commissioned as a memorial to the war dead of WWI. The project ran out of money in the 1920s and was never completed. The Imperial War Museum holds all the artwork that was due to be shown in this gallery and has put it on their website in the form of a virtual gallery. This is a beautiful testimonial and well worth a visit, I have put a link here .

War is not entertainment and this will not be your jolliest day out in London. However, The Imperial War Museum is something that you really should visit when you come to the UK. It is wonderful that this city has such high quality resources and amazing that it offers them for free. The building has step free access and there is  parking for Blue Badge holders, but it needs to be booked. Recommended.

Fantastic Beasts and where to find them is a good addition to the line of Harry Potter films.
It has a very strong cast and great special effects. The characters are well written and likeable. It has the added bonus of being a magical historical costume drama – set in 1920s New York City.
I particularly liked the supporting cast of characters. Kowalski and Queenie have a lovely interaction, Colin Farrell is smoothly unpleasant as Graves.
It had lots of wonderfully inventive ideas and many of the fantastic beast are really fantastic. If I were to pick a fault, it would be that some of the set pieces were too big and too monumental because they reminded you of what they were, tableaus to show off their, admittedly very good, special effects. The storyline is quite slight but, because everything else about the film is so satisfying, it hardly matters.
The 3D was the best I have seen, it was clever without being intrusive. It is worth going to see this film in a big movie theatre because of this and in order to get the full impact of those  special effects.
I have to say that I will be looking forward to the next one in this franchise. 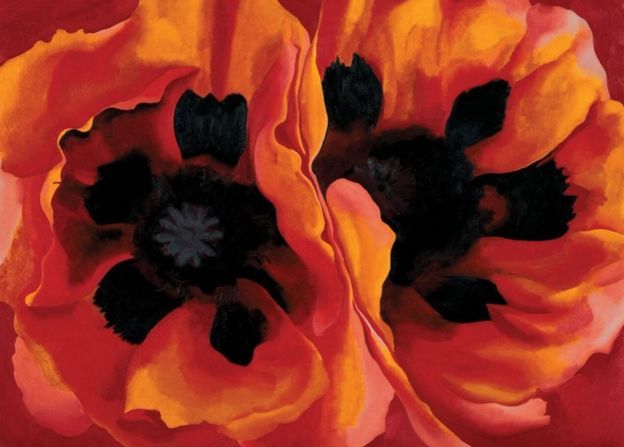 Georgia O’Keeffe at the Tate Modern is a very big exhibition. There are thirteen room filled with paintings from every period of her career and there are also some works by her friends and collaborators. It was a nice, unexpected bonus to see some Americana by Ansell Adams included in the show.
It is arranged mostly chronologically and with so many pieces on show, you can watch her style developing through the decades. The earliest pieces are from the 1910s and you can see a hint of the time in them. The 1920s pictures and the New York ones have the slightest art deco feel and her ability with colour is profound even from the earliest days.
The 1920s,1930s flower pictures are probably her most famous and they look so modern, vibrant and current even now that it is difficult to imagine how new they must have seemed 80 odd years ago.
Georgia O’Keeffe’s move to New Mexico brought another complete change of style. the only common factor being the inspired use of colour throughout. There are also series from the 1940s and 1950s where some are more minimalist in nature and others are figurative.
The latest pictures date from the 1960s and you can also see the times reflected here.
Initially, I thought that the entrance fee, around £16, was pretty steep for a single show. However, it is probably one of the largest shows that I have ever seen, you won’t really feel like seeing much else in the Tate Modern on the same day, and the quality of the paintings is such that, on balance, it is good value for money. There is also enough depth to the exhibition that you can really see the arc of her development as you walk round the show and it is very interesting to watch those changes over the course of such a long, talented career.