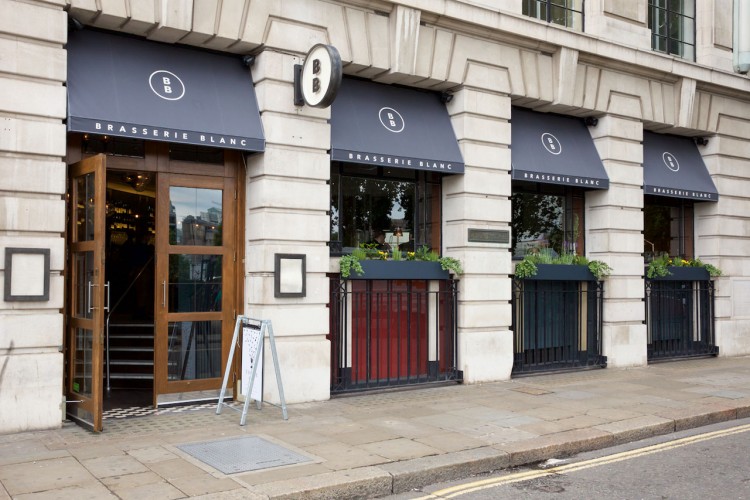 The view from this member of Raymond Blanc’s brasseries is spectacular, from your table you overlook the crenellations of the Tower of London, with Tower Bridge in the background.
We ate from the Fixe Price menu and found the fare a little more average. The beetroot salad was nice and the soup good, but only lukewarm, we considered asking for it to be reheated, but in the end did not.
The mains were ok. My steak was good but small, the Beef Lyonnais were a little less tender than amazing and the cod was reportedly delicious after we had sent it back to be reheated.
The apple crumble was the highlight of the meal. the apple retained its consistency beautifully and the crumble was perfectly crisp and short. The chocolate pudding was also nice but once again had to be sent for reheating, as it was cold in the centre.
The waitress was excellent; very helpful and quite attentive, she brought us small glasses of the rose wines to try when we enquired about their flavours. The wine list looked very good, by the way, and not outrageously priced for central London.
Overall, this restaurant is decent, but go primarily for the view and you will not be disappointed.