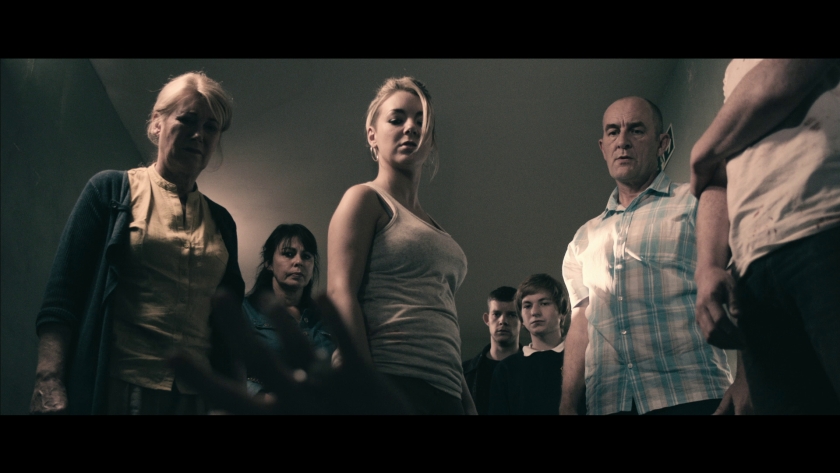 This is a no nonsense, horror/thriller movie. It is set on the top floor of a tower block that is about to be demolished. It is a British film and has an excellent British cast. It moves along exactly as you would expect, but the action is taut and interaction between characters manage to keep good tension going throughout he film.
Sheridan Smith, Russell Tovey, Ralph Brown and Jack O’Connell are all very good as the resourceful tower block inhabitants attempting to escape their situation, while quarrelling amongst themselves.  The set is excellent, the block is scuzzy, the area urban, the setting is as bleak as the position the tenants find themselves in.
The characters are flawed, but real, and there is not much pretense of politeness between them. The script is good and we grow to know, even if we don’t necessarily like, the protagonists. We want them succeed and applaud their increasingly desperate ingenuity.
This type of film generally follows a set narrative arc and the denouement is much as you would expect. There aren’t many surprises here, but it is a likeable film and very good at what it does.
Recommended.
<a href=”https://www.bloglovin.com/blog/18829065/?claim=xcqdqsv9rnx”>Follow my blog with Bloglovin</a>