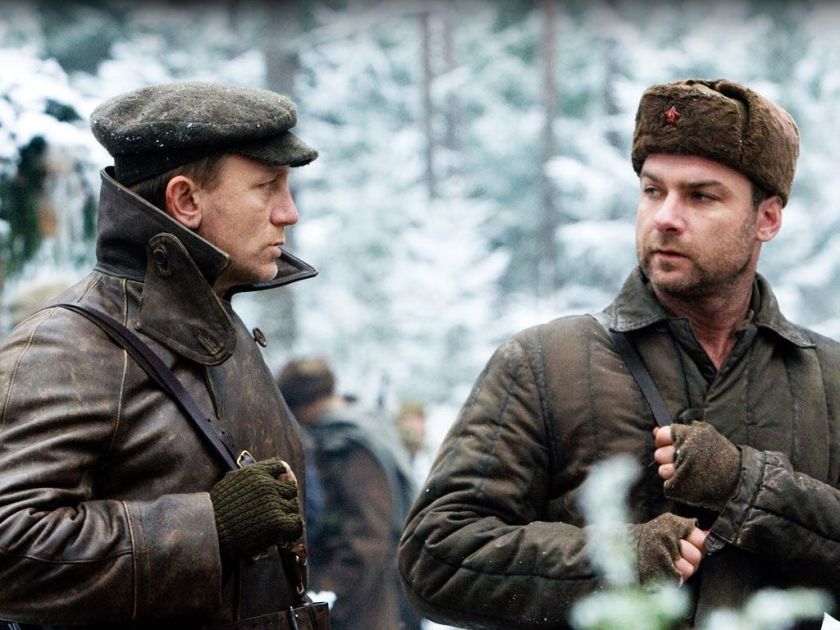 A the start of the movie we are told this is a true story. Edward Zwick is the director and he made the decision to sacrifice realism for action and character development. I am sure that this has made it more interesting and exciting to watch, for it is both of these things, but it is a Hollywood version of a true story.
Defiance is an apt title given that the movie depicts a large group of Jewish refugees surviving harsh winters in the forests of Belorussia, despite the attempts of the Nazis to annihilate them. Daniel Craig, Liev Schreiber and Jamie Bell are all excellent as the brothers who led the group, and the story told is both gripping and inspiring.
It was nominated for an Academy Award for the best Original Score. The script is rough and the point of view fixed, this makes some of the characters seem a little two dimensional. However, in terms of action and tension, the film works well and it held my interest right to the closing credits.