This movie has earned over $750million so it is a huge success by many standards and it certainly has a lot going for it. It looks spectacular – this is obviously what Disney were aiming for when they hired Robert Stromberg, whose previous experience was in special effects, as director. They took a risk by giving him the largest ever budget for a first time director and it paid off. The style of the film is individual and the worlds he created are lush and beautiful.
Angelina Jolie is perfect for the part, always visually striking. As Maleficent, she is cold and polished, yet she is compassionate and composed when necessary and she makes us believe these changes in temperament. She needs to be strong as this film is all about her, every other role is almost a cameo.
It was nominated for an Academy Award for Costume Design and this was deserved.
It is darker than expected for a Disney film, but this adds a little depth and probably reflects the slightly older audience they were aiming for.
Overall, although it does not really go any where new, it is a high quality, enjoyable Disney telling of a classic fairytale.

A the start of the movie we are told this is a true story. Edward Zwick is the director and he made the decision to sacrifice realism for action and character development. I am sure that this has made it more interesting and exciting to watch, for it is both of these things, but it is a Hollywood version of a true story.
Defiance is an apt title given that the movie depicts a large group of Jewish refugees surviving harsh winters in the forests of Belorussia, despite the attempts of the Nazis to annihilate them. Daniel Craig, Liev Schreiber and Jamie Bell are all excellent as the brothers who led the group, and the story told is both gripping and inspiring.
It was nominated for an Academy Award for the best Original Score. The script is rough and the point of view fixed, this makes some of the characters seem a little two dimensional. However, in terms of action and tension, the film works well and it held my interest right to the closing credits. 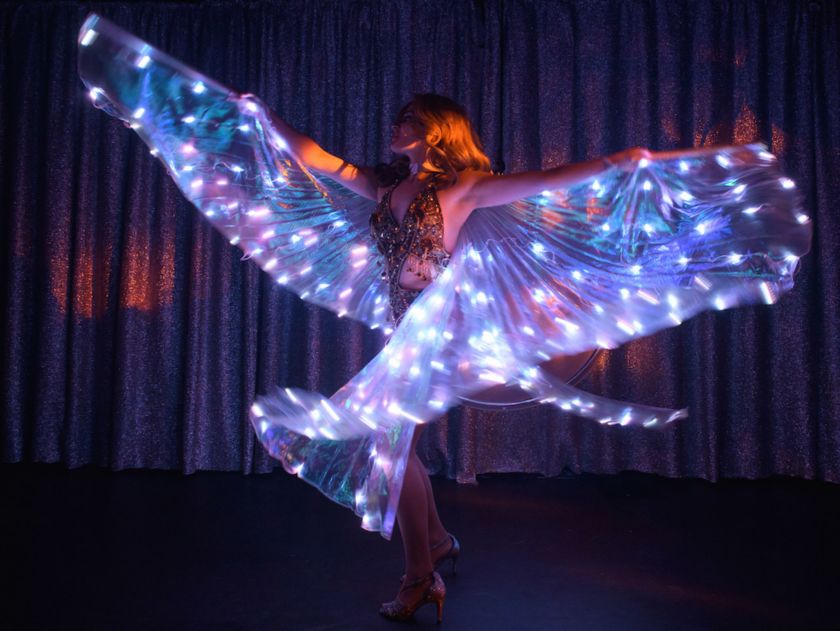 In this version of A Midsummer Night’s Dream, the forest outside Athens has become a 1970s disco. Oberon, the king of the fairies, is the nightclub owner, Titania is his main squeeze and the fairies are a troop of Muscle Mary disco dancers strutting their stuff on raised plinths and around poles.
Puck is a roller-skating drag queen narrator and the 4 star crossed lovers are punters in various states of alcohol and drug fuelled confusion. I was amazed at how well the setting fitted the original play.
All of them sing their parts (no lip synching here) to classic 1970s disco tunes while interacting with the audience and getting increasingly out of it as the night goes on.
It’s camp, it’s brash, it’s rude and crude, its funny and it is great fun. London needs a camp, frothy, boisterous night out as a tourist attraction and this could be it!  After all,  “Beach Blanket Babylon” has run in San Francisco for over 40 years now and is still going strong.
Leave your inhibitions at the door and be prepared to party.
This is the best rowdy, rollicking night out in London this summer!

This is a gripping spy thriller about recruiting and dispatching suicide bombers and about the enforcement agencies attempting to prevent this.
Don Cheadle is excellent as a devout Muslim, bomb expert, training suicide bombers. His internal strife keeps you guessing which side he identifies with, right through the film. Guy Pearce turns in another very nuanced performance as an American agent trying to catch him. The script is well written in that none of the major characters see the conflict in purely black and white terms even though their individual part in it is uncompromising.
The story was written by Steve Martin, better known for his comedy. It is clever and has enough twists to hold your interest until close to the end. The direction is dark and gritty, which suits the subject matter.
The ending is at odds with the rest of the film in that it ties up all the loose ends a little too nicely but, I guess, with a more realistic ending, it probably would not have been made at all. 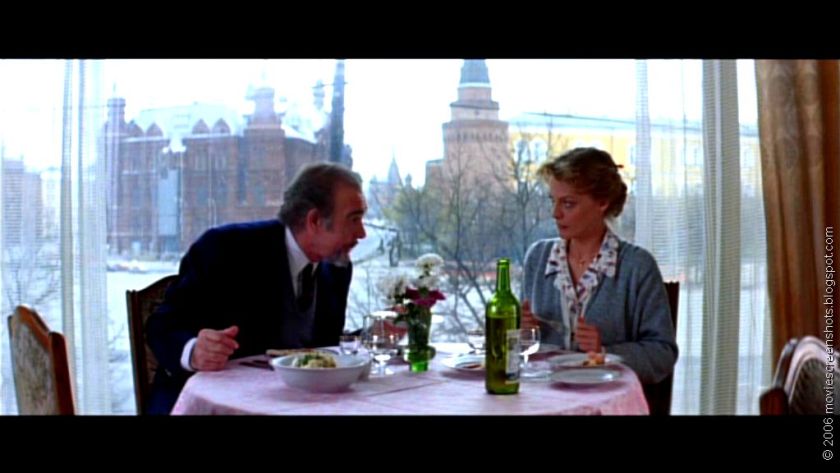 This is a John Le Carre novel given the Hollywood treatment. The story is as complex as you would expect from a Le Carre story, you will need your full faculties about you to decipher who is lying to whom, and the twists will keep you interested right until the end. Even the ending was unexpected given the author’s earlier stories but it is often nice to be surprised.
It was released in 1990 and is packed with big names of the time. It has Sean Connery, Michelle Pfeiffer, Roy Scheider, James Fox – it even has Ken Russell, as eccentric an actor as he was a director. Sean Connery plays a jazz loving, book publisher and is as good as I have ever seen him. Michelle Pfeiffer and Roy Scheider are excellent too, in quite complex roles.  I really enjoyed the soundtrack too, an interesting mixture of jazz and Russian influenced themes.
For me though, the real star of the movie was Russia. It was one of the earliest movies to be allowed to shoot on location in the Soviet Union. Moscow and Leningrad (St Petersburg now) look austere, monumental and beautiful.
The settings here capture a time and place perfectly; adding an extra dimension to an already vey good film.

I really liked this film. I really disliked this film. They say about good art; it invokes strong feelings.
I found the story preachy and two dimensional. There was no suspense and you will foresee the end, before you are five minutes into the film. It made me think of the 1930’s movie “Reefer Madness” or the 1970’s “Go Ask Alice” – remade for the 21st Century.
However….it is very well made. The acting, writing, direction and soundtrack are all very good.
Ellen Burstyn was nominated for an Academy Award for her part in this and she is wonderful. Jared Leto, Jennifer Connelly and Marlon Wayans are very good too. All four characters are beautifully written and we genuinely care about what happens to them. The direction is clever, Darren Aaronofsky illustrates the circuits of addiction elegantly, so it is compelling to watch – even as you tell yourself that you shouldn’t be watching.
Finally, the soundtrack is fantastic. Clint Mansell and The Brodsky Quartet, have created a hypnotic and immersive soundscape that fits perfectly with the mood of this film.
This is a great movie. I didn’t enjoy it. I don’t think it was made for enjoyment, but it is still good art. 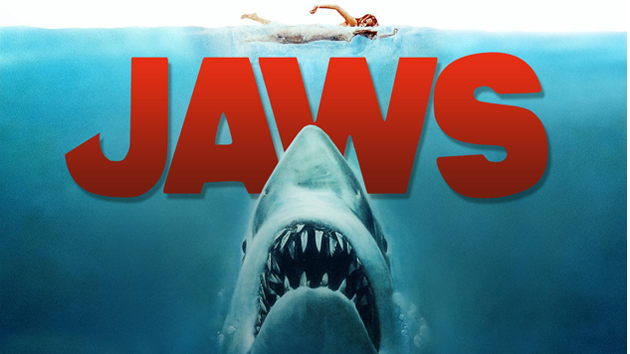 This was on at the BFI as part of a Spielberg retrospective. The 450 seat auditorium was full on a Friday night for a 41 year old movie. That fact alone testifies to the strength of this film.
It was my first time seeing it and I was surprised at how well it has stood the test of time. It is a thriller that delivers thrills. It is the first time that I have heard gasps from the audience in a movie theatre in a very long time, the face in the boat is a genuine, jump back in your seat, moment. The character development is good and the script is excellent, it has some very funny moments to lighten the mood. The music is possibly the most famous film score ever and it matches the action perfectly. The only part of the movie that shows its age is the shark itself, but even this is interesting to see from a history of cinema perspective.
Jaws won 3 Academy Awards; editing, score and sound. The only surprise is that it didn’t win more. It regularly appears in lists of all-time best films. Having just seen it, 41 years late, its inclusion in those lists is fully justified.

This is a play that will stay with you after you leave the theatre. Terrence Rattigan is the ultimate playwright if you wish to see quiet desperation. It starts out by seeing the bitter humour in a suicide attempt that fails because the money in the meter ran out and it gets darker from there.
Hester Collyer is surely one of the best parts written in the 20th Century and the anguish that Helen McCrory has seeping through her “stiff upper lip” is palpable.
We see the easier options that she has available to her, yet we also understand why she chooses not to take them. There is lovely interaction between her and Peter Sullivan, who plays her estranged husband. It could be so tempting to go back to him, but it would not be honest. On the other hand, her love for Freddie will ruin both of them in long term.
In the end, she is strong and does not take any of the easy ways out, but I have to say, this is one of the saddest happy endings you will ever see.

This is the centenary tour of Hobson’s Choice, but I have to say that it doesn’t show its age. Martin Shaw is very good in the title role, it requires a blustering, exaggerated performance and you can see he is enjoying himself here.
Really though, the play is all about Maggie. Naomi Frederick is excellent, she plays it totally straight and carries it off perfectly. Bryan Dick puts in a great performance as Willie, his transformation is both funny and credible.
The sets are relatively simple but beautifully made, and the direction is uncomplicated. They allow the real stars of the show to shine through and they are the words. It is a fantastically written comedy drama, with great individual lines and genuinely funny characters. It is easy to see why it is still regularly produced even one hundred years after it was written. This is a production by people who really love Harold Brighouse’s play and that care shines through on the stage. 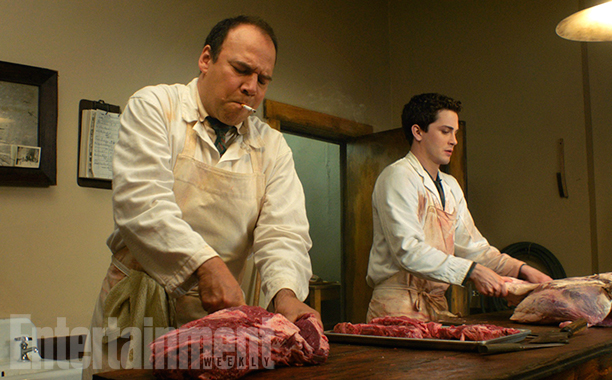 Indignation was first shown in London as part of the Sundance London film festival. Based on a Philip Roth novel, it is set in Columbus, Ohio. It is the story of a New York boy’s first semester at college. The whole film is a flashback to 1951, showing how decisions made at that time, led to the position that he is in now.
This film is James Schamus’ first as director and he does an amazing job of immersing us in the milieu and mindset of the day. The sets and costumes are beautiful, with a lovely eye for detail.
Logan Lerman is excellent as Marcus Messner, an idealistic young man, setting out on life. His exchanges with the dean of the college and his relationship with his first girlfriend, adroitly show both the attitudes of the time and how they are about to change. Tracy Letts and Sarah Gadon are very good as the dean and the girlfriend.
Indignation is a precise, deep film and a brave choice as a directorial debut.
James Schamus’ self-confidence has paid off well.