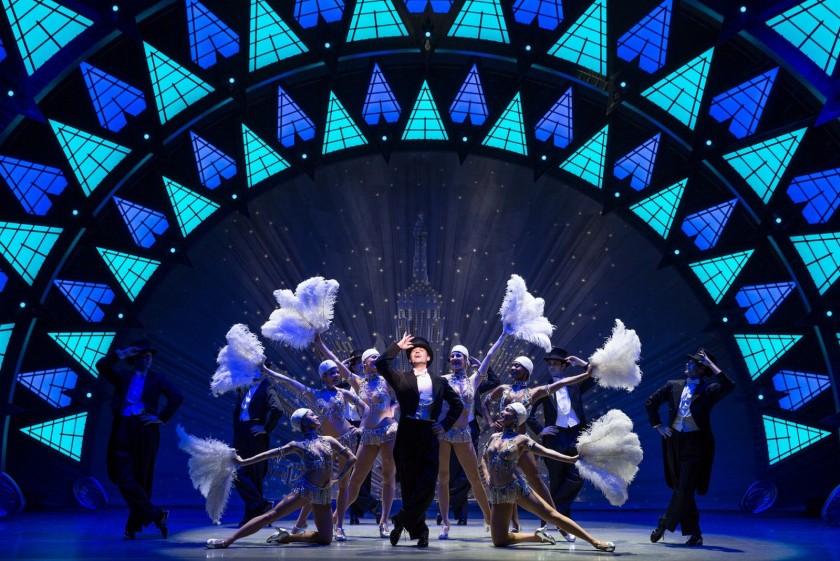 Everything about this production is spectacular.
The 1950 film, on which it is based, won 7 Academy awards. George Gershwin won one for the best score, the stage show takes this and adds some of the best of his back catalogue; “The Man I Love”, “But not for me” and “They can’t take that away from me”.  They are beautifully sung by Haydn Oakley and Zoe Rainey.
Alan Jay Lerner won the Oscar for best story. This has been kept with just a little more detail added. It also won the awards for best costume and best sets. The costumes here are beautiful, postwar in style and Paris elegant. The sets are wonderfully inventive, they could be Jerry Mulligans drawings brought to life. They are outlines of the Paris skyline being sketched on blank backdrops as they are moved into place, a beautiful concordance of the 1950s and the 21st century.
Wonderful as all of the above is, the real stars of this show are the choreography and the principal dancers. Robert Fairchild and Leanne Cope are both classically trained ballet dancers, he in New York and she in London. The dance routines are dazzling. The show opens with a 7 minute number where Fairchild arrives on the scene as Jerry Mulligan, full of vitality.  Cope’s part as Lise builds more slowly and she comes fully into her own in the second act.
The director and choreographer is Christopher Wheeldon. The final numbers of the show are nothing short of inspirational. “I’ll build a stairway to Paradise” is a classic 50’s, exhibitionist, camp show stopper. This is followed by the beautiful ballet inspired “An American in Paris” equally good, yet completely different.
This is a joyous reimagining of a classic Hollywood musical and, as you can probably tell, it stole my heart. 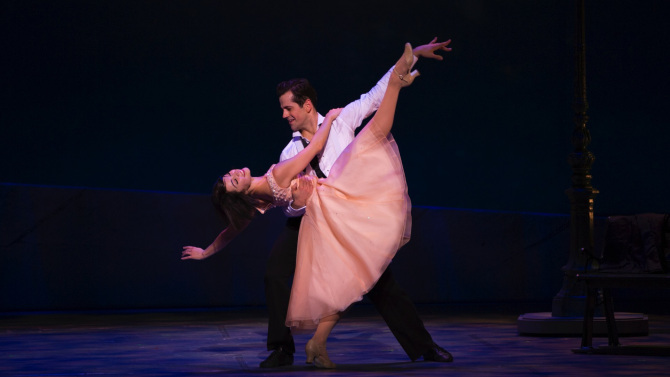 4 thoughts on “An American in Paris, Dominion Theatre, London, 2017”