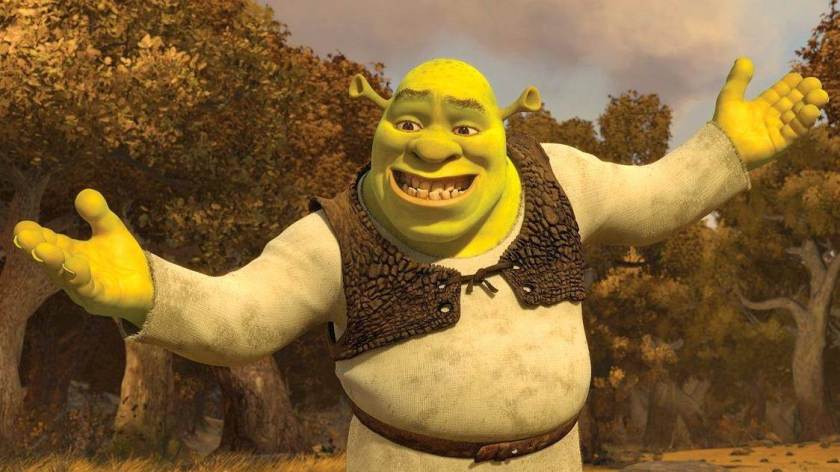 Shrek has just turned sixteen and it is now available on Netflix.  I remember having enjoyed it when it came out, so it is interesting to see how it has fared in the intervening years.

It has aged well. It is crammed full with jokes and these are still funny, the cultural references have remained relevant and the story is that rare mixture of knowing and sweet. The cast of fairytale characters are timeless and their lines are clever and likeable. The evil lord is wonderfully nasty without being either frightening or creepy.  The story has a nice uplifting moral tone and you are longing for the heroes to prevail. The animation and delivery are both well done, Eddie Murphy is particularly good as Donkey, how bittersweet to have your most enduring role as an animated ass!
This film won the first Oscar for Best Animated Film and it is a deserving opening winner. It is a big feat to have a movie that is principled and simple enough to entertain you as a child, but subversive and referential enough to provide a new set of pleasures when you watch with your own kids. I believe that I enjoyed it just as much now as I did then.

A lovely film that stands the test of time.