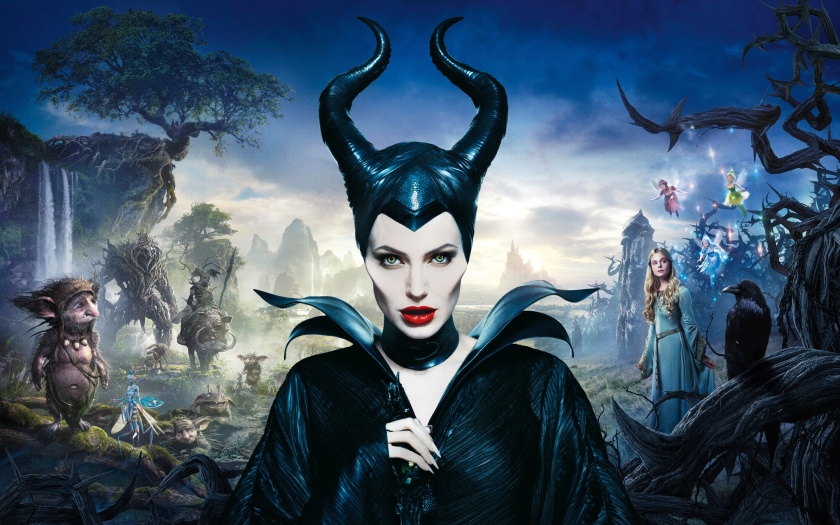 This movie has earned over $750million so it is a huge success by many standards and it certainly has a lot going for it. It looks spectacular – this is obviously what Disney were aiming for when they hired Robert Stromberg, whose previous experience was in special effects, as director. They took a risk by giving him the largest ever budget for a first time director and it paid off. The style of the film is individual and the worlds he created are lush and beautiful.
Angelina Jolie is perfect for the part, always visually striking. As Maleficent, she is cold and polished, yet she is compassionate and composed when necessary and she makes us believe these changes in temperament. She needs to be strong as this film is all about her, every other role is almost a cameo.
It was nominated for an Academy Award for Costume Design and this was deserved.
It is darker than expected for a Disney film, but this adds a little depth and probably reflects the slightly older audience they were aiming for.
Overall, although it does not really go any where new, it is a high quality, enjoyable Disney telling of a classic fairytale.